Day 1 - Arrival in Mestre/VeniceYou arrive in Mestre, mainland Venice. The city of Venice will enchant you with its world-famous splendor, such as the Rialto Bridge, St. Mark's Square and the Doge's Palace.Day 2 - Mestre to Jesolo/Caorle - 40 or 65 kmAfter a few kilometers of cycling, take the 'vaporetto' (ferry), which will take you past St. Mark's Square. You will arrive in Punta Sabbioni, the farthest southern part of the Adriatic coast, which lies north of Venice. From here you cycle along the breathtaking sea coast, with various options for a refreshing dip in the sea. The overnight stay is in one of the many places along this famous coastline.Day 3 - Jesolo/Caorle to Portogruaro - 60 or 40 kmLeaving the sea behind you, cycle north towards the Julian Alps. You cycle through an area with 'Valli da pesca' (lagoon tongues surrounded by earthen dikes, where extensive fish farming is practiced) and 'casoni' (constructions that were used by fishermen in the past during the fishing season). Then you go to the town of Portogruaro, one of the most important centers in the period of the 'Serenissima Republic of Venice', which even today is impressive with the glorious 'Palazzi' (palaces).Day 4 - Portogruaro to Palmanova/Aquileia - 60 or 70 kmThe ride can be shortened by 20 km by taking a train from Portogruaro to Latisana. Today you will cycle through the Veneto and Friuli Venezia Giulia regions, through an area rich in water and history, along rivers, canals and ancient Roman villages. Your final destination is Aquileia, its Roman excavations, or Palmanova, called 'star city' because, viewed from above, the city looks like a nine-pointed star.Day 5 - Palmanova/Aquileia to Trieste - 70 or 50 kmYou can shorten the ride by 30 km by taking a train from Montefalcone to Trieste. You head towards the sea again. The Gulf of Trieste is waiting for you, with possible stops en route, such as Duino with two castles, Sistiana with one characteristic bay and Miramare with the famous white castle, built to the wishes of Maximilian of Austria, located in a beautiful park of more than 20 ha. There are only a few kilometers between you and Trieste, the old port of the Habsburg Empire, which has a lot to offer in terms of sights and history.Day 6 - Trieste to Portorož - 45 kmAfter a few kilometers you will enter Slovenia. You cycle regularly along cycle paths along well-known holiday resorts such as Koper, which for a long time was a Venetian and later Austrian city, and Piran, another important center that was ruled by Venice for a long time. Finally you will arrive in Portorož, a city famous for its spas and bathing facilities.Day 7 - Portorož to Poreč - 55 kmCycling south, you will pass the salt mines of Secolvje, a large Slovenian town with a moist environment, the habitat of many bird species. A few kilometers away you cross the Croatian border along Istria, the largest peninsula along the Adriatic Sea. At the end of the day you will arrive in Poreč, the tourist capital of Croatia, with the Euphrasian Basilica, which was declared World Heritage by UNESCO in 1997. This day is slightly harder than the previous days.Day 8 - Departure or return to Venice by boatThe tour ends here. You have the option to return to Venice by boat. 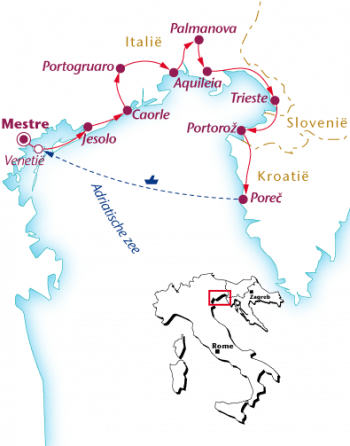 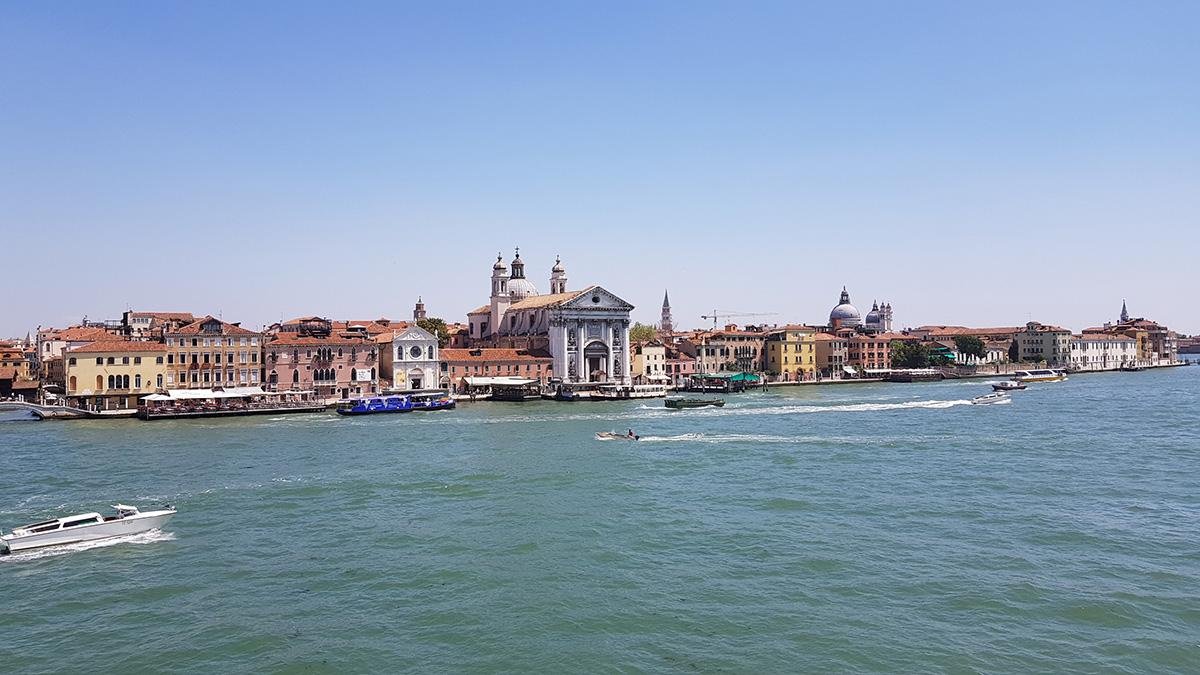 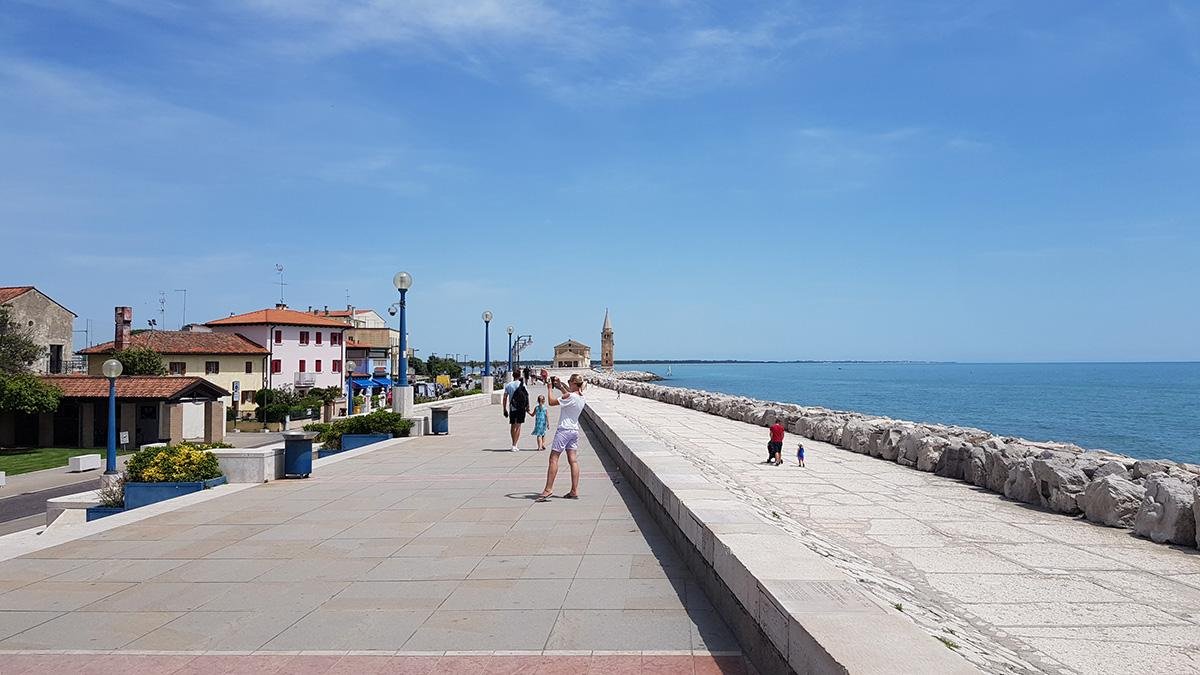 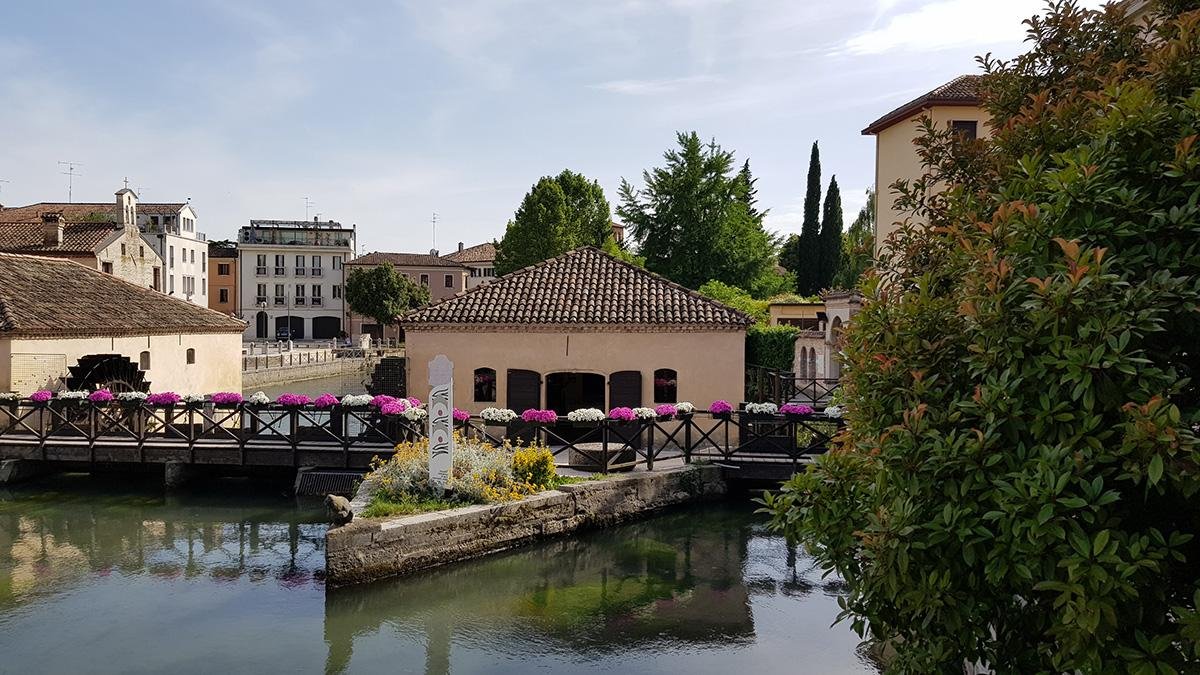 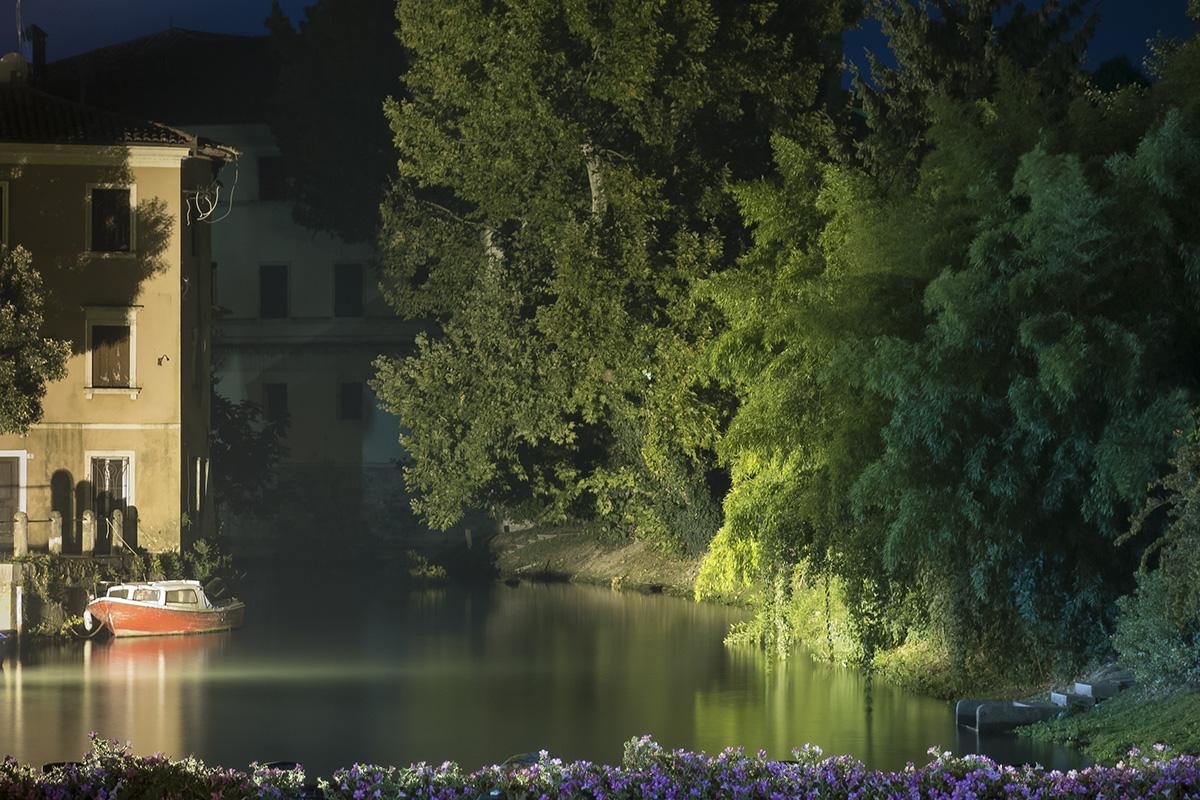 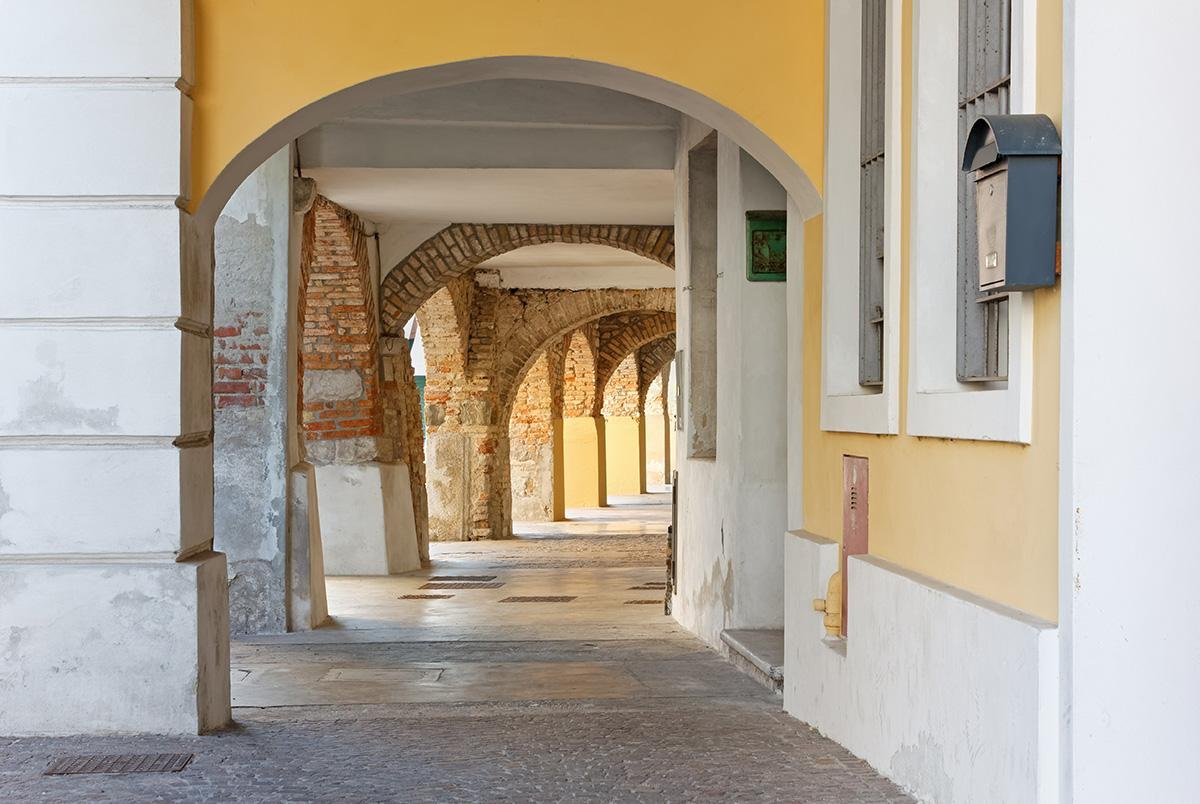 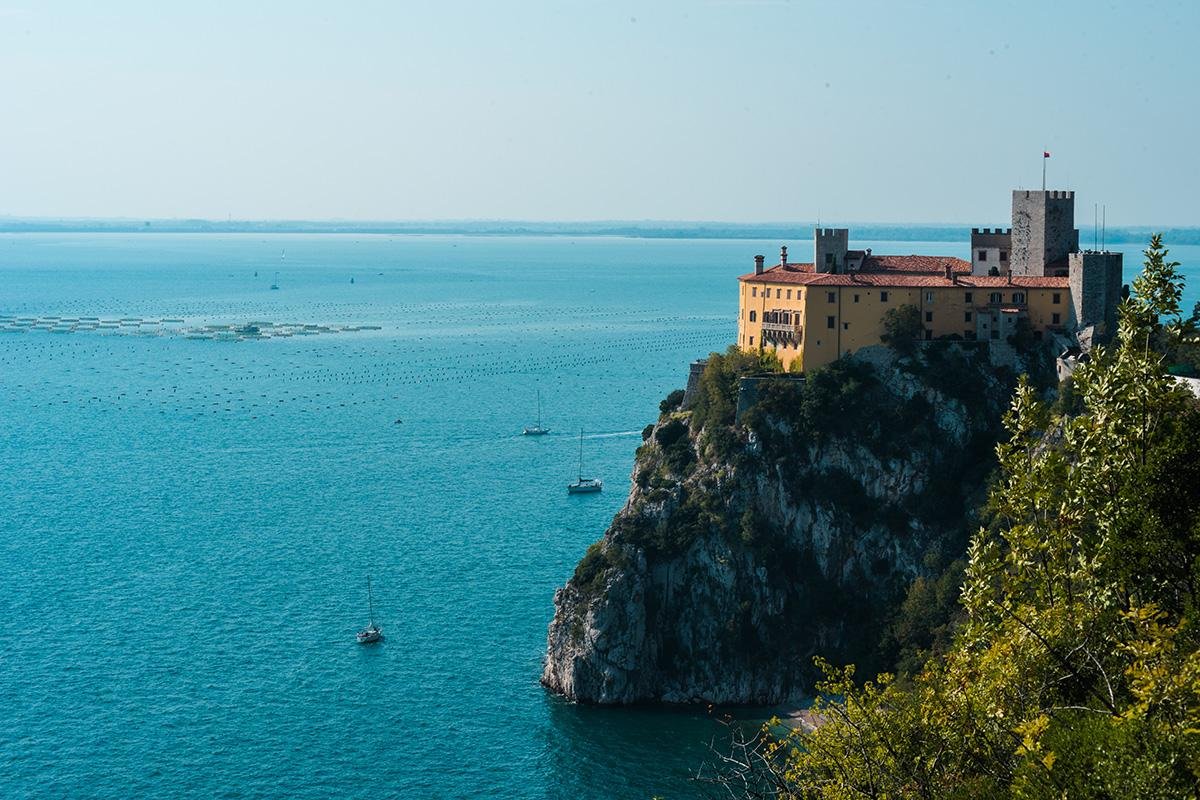 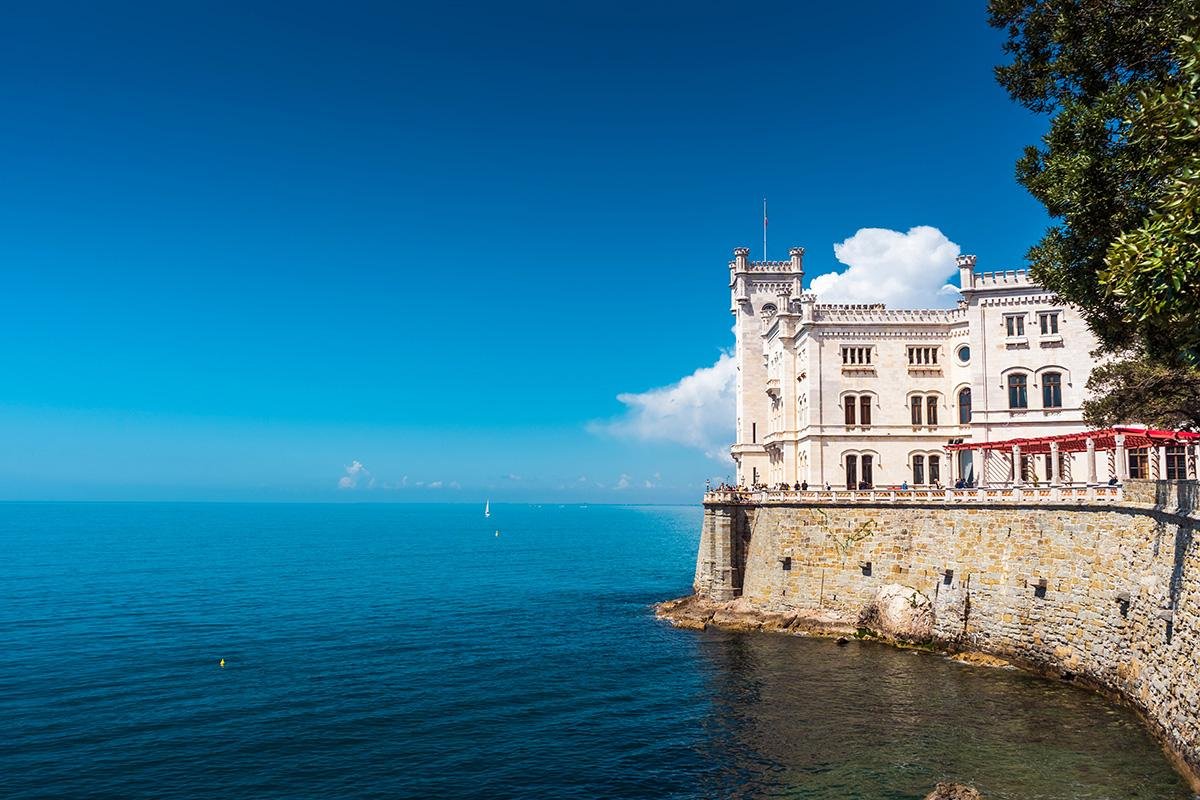 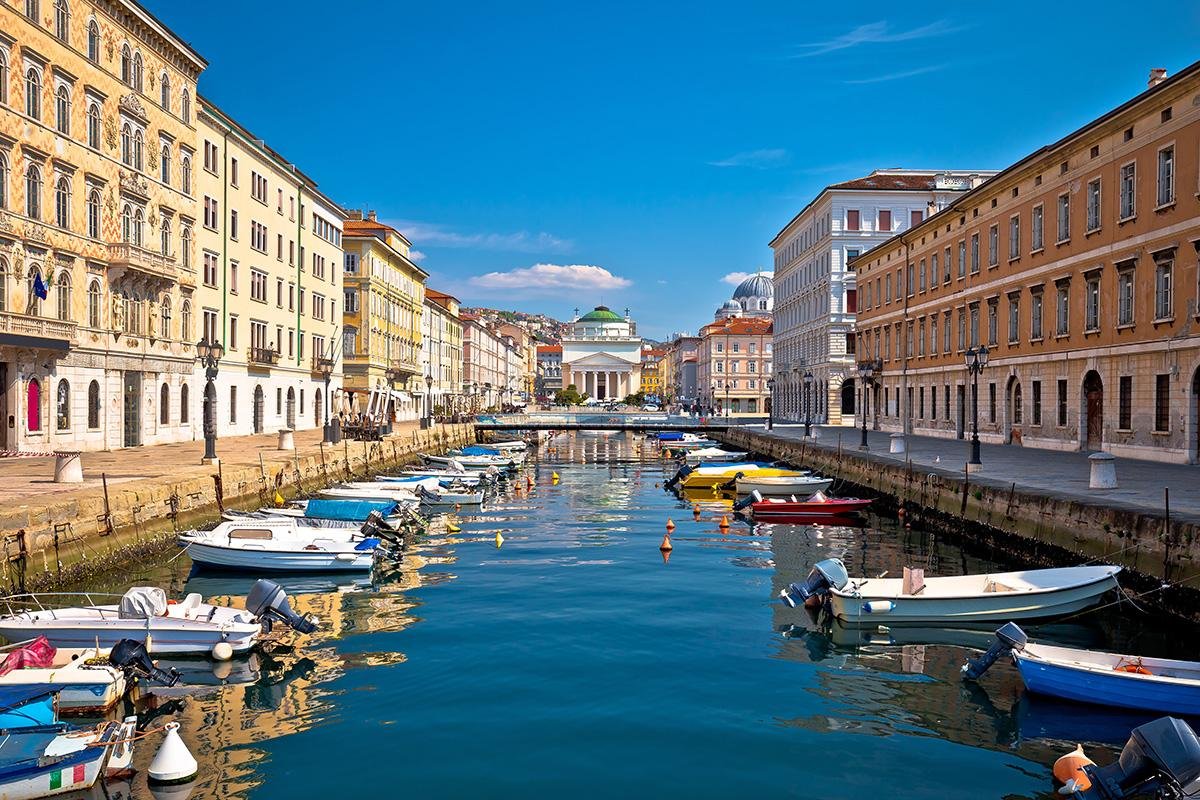 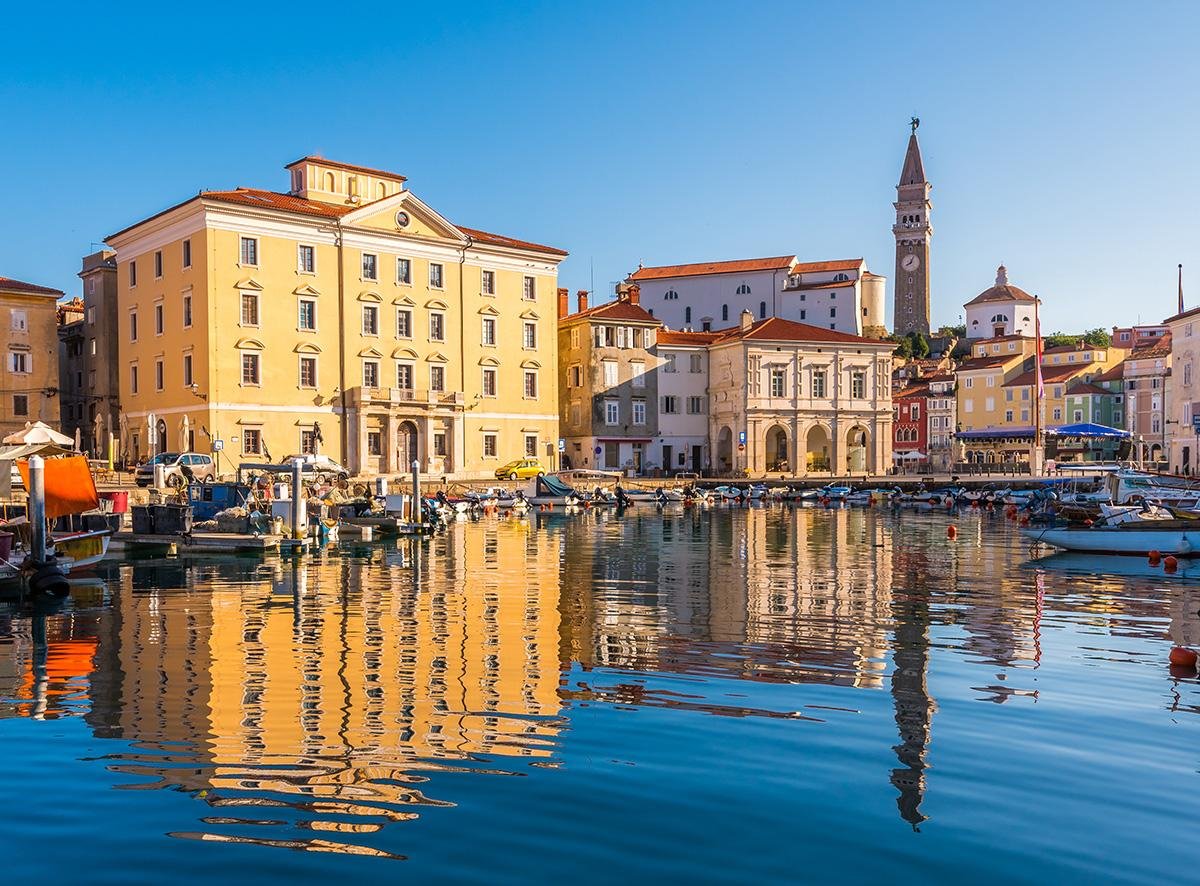 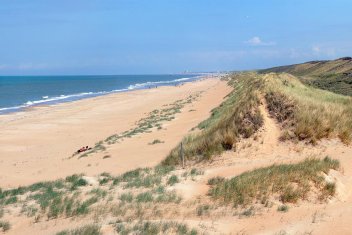 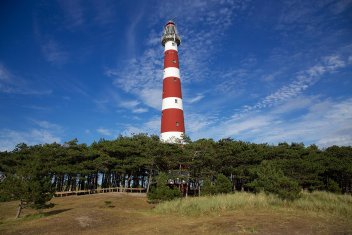 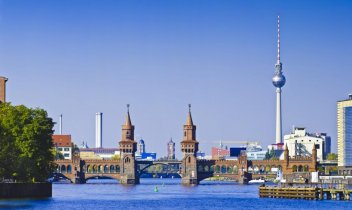 Your wishes are very important to us. Do you want to travel on other days or extend your holiday with extra days? Our employees are are happy to inform you about the possibilities. Please contact us by phone or email.